Wow, it was an absolutely crazy day in terms of weather. I try not to swear on my posts, but I have to emphasize and say that the weather was BAT S**T crazy! It was freezing and so windy that walking was a struggle. At one point, I experienced what can only be described as a freaking snow storm. I was so glad I got a head-start and did the geothermal field the previous night. Because as bundled up as I was, I just wanted to be indoors.

Disclaimer: It might help to know that I live in Atlanta, GA and have generally lived in places with a warm climate. The worst I’ve ever experienced is ONE winter in NYC. So, my cold tolerance might be a lot lower than a lot of other people.

I started with Dettifoss, the largest falls in Iceland in terms of magnitude and volume. It is also considered the most powerful falls in Europe. The wind and rain just magnified the effect of the falls’ strength, making the whole sight seem larger-than-life! Like when you see a natural wonder that’s so hard to comprehend and process that you just get over-whelmed by it. Dettifoss is considered a part of the Vatnajökull National Park, that’s how far north the park stretches.

There are two roads that lead up to the falls, the West 862 and the East 864. As I had stayed at Lake Mývatn the previous night, I had to backtrack about 30-40 mins to go to the falls. As I was driving clockwise to get to the falls, I hit the West 862 first. This is the paved road leading up to the parking lot. From here, it’s a 10 min walk to the falls. The East 864 is a gravel road that is closed in the Winter due to bad road conditions. There are pros and cons to either side and some people end up doing both. I picked the West, which was closer to me. I realized I was over-thinking it and it would be a good view either way. 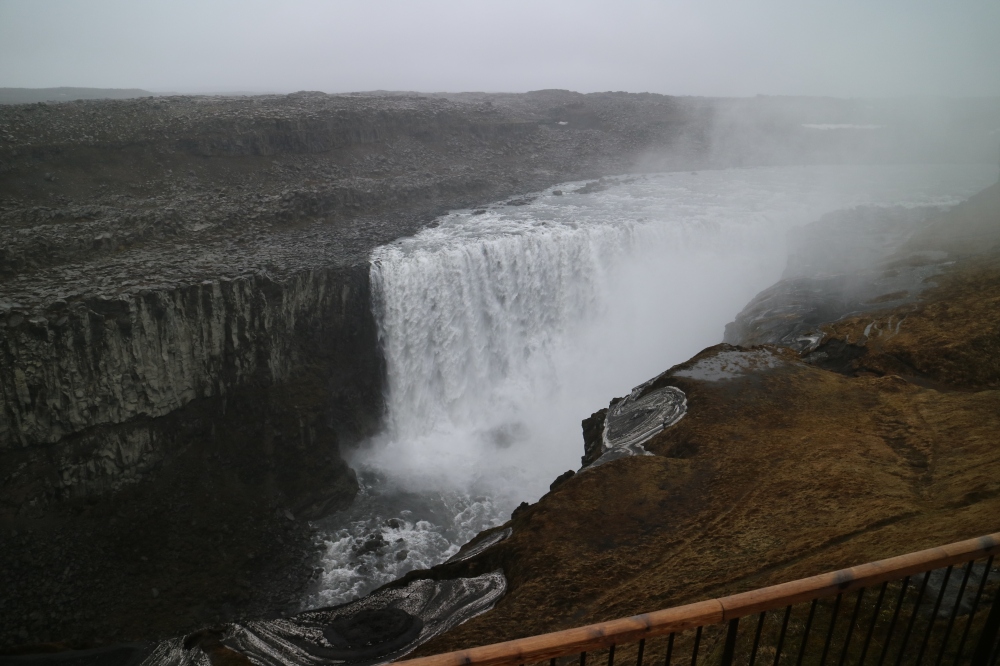 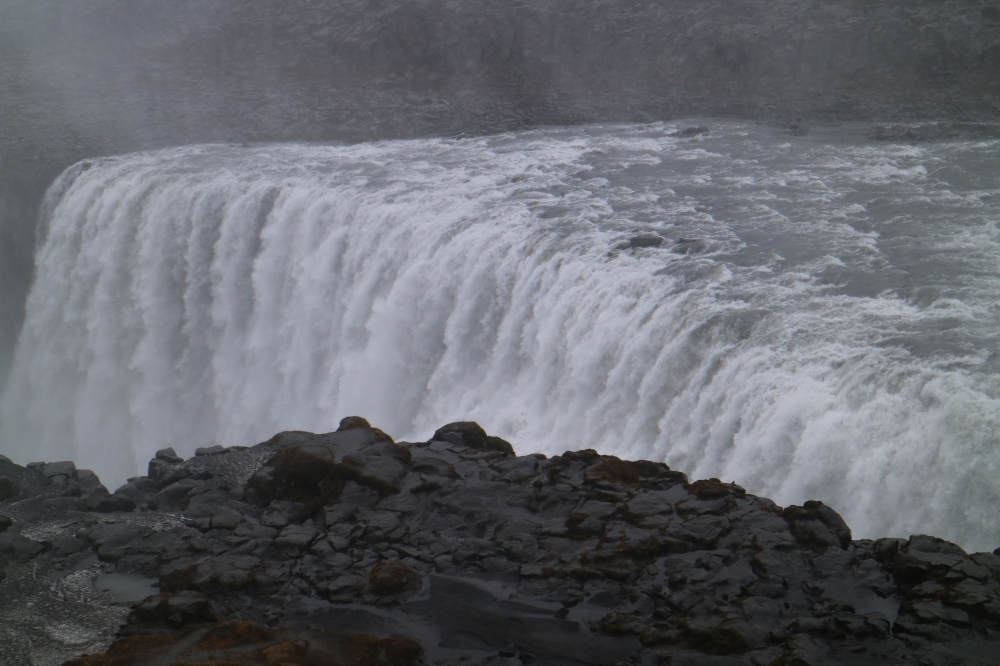 After Dettifoss, I turned back around and continued my counter-clockwise drive along the ring road, towards Akureyri. My next stop was the Krafla Volcanic Crater. You can drive all the way up to the crater and walk up the last 20 feet or so to the ledge. When I got there, the wind had gotten insane and it was snowing crazily. The whole crater was frozen over. This was in late May!! I took my gloves off for about 5 mins to take pictures and ran back to my car. 5 minutes! By the time I got back to my car I had these burn marks on both my thumbs from the cold and they felt raw. I saw the few other people who made it there react the same way, some didn’t even get out of their vehicles, and that made me feel a lot better tbh! 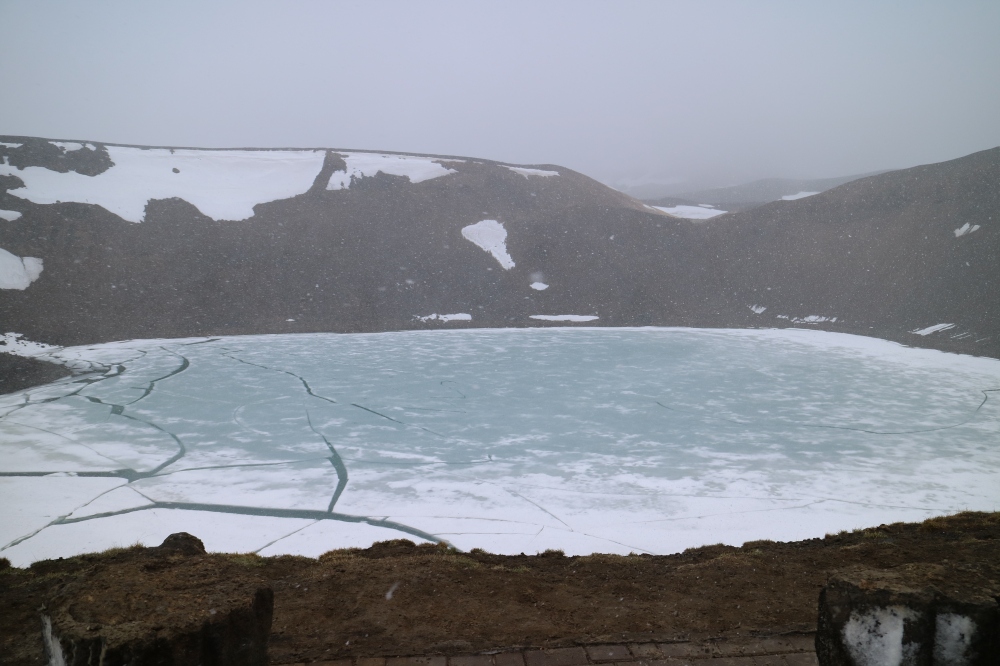 After these two stops I was supposed to drive up to Husavik (about an hour away), for my 3-hour ‘Whales, Sails and Puffins’ tour at 4PM. But because of the terrible weather, the water was too rough to into and all whale watching tours for the day were cancelled. I eventually did end up Whale Watching in Iceland but after jumping though a lot of hoops, all because of the weather. The tour company itself were very kind and helpful. For more on my series of unfortunate events and why it wasn’t really worth it in the end, here’s a separate post!

I passed by Godafoss, which was not originally on my itinerary. But since my evening had opened up, I decided, why not! After Dettifoss, this waterfall seemed a lot more calming.

It had stopped raining/snowing for a bit so I decided to spend some time by Lake Mývatn. I had spent the previous night at a guesthouse by the Lake but there are some spots along the drive from Krafla to Akureyri where I could pull up my car close to the lake and chill. 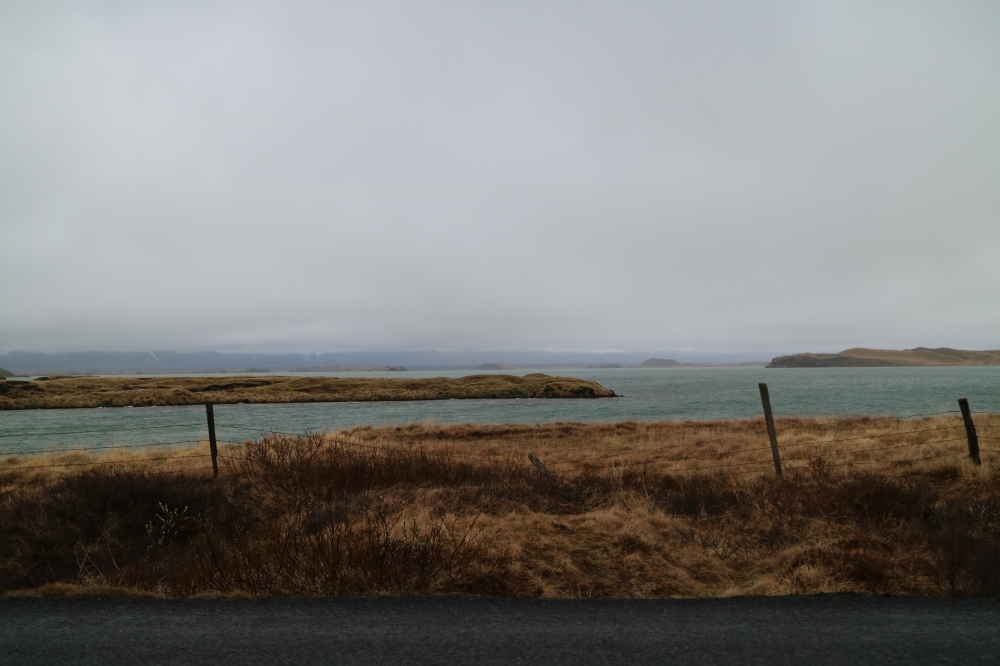 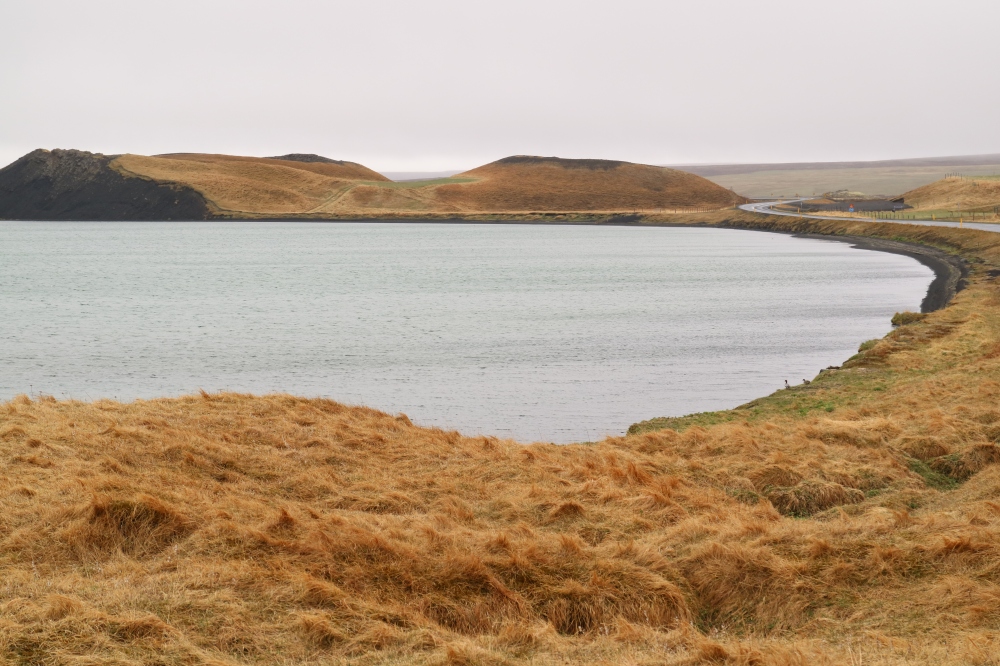 I called it a day after this and decided to head to Akureyri to grab dinner and check in my hostel – Akureyri Backpackers. It’s a nice hostel with a cool bar and very friendly staff. Met some really nice people too! Totally worth the $80 I spent for the night there. It’s at a central location in Akureyri, like a downtown. There are several restaurants within walking distance in all directions, so going out was really easy. 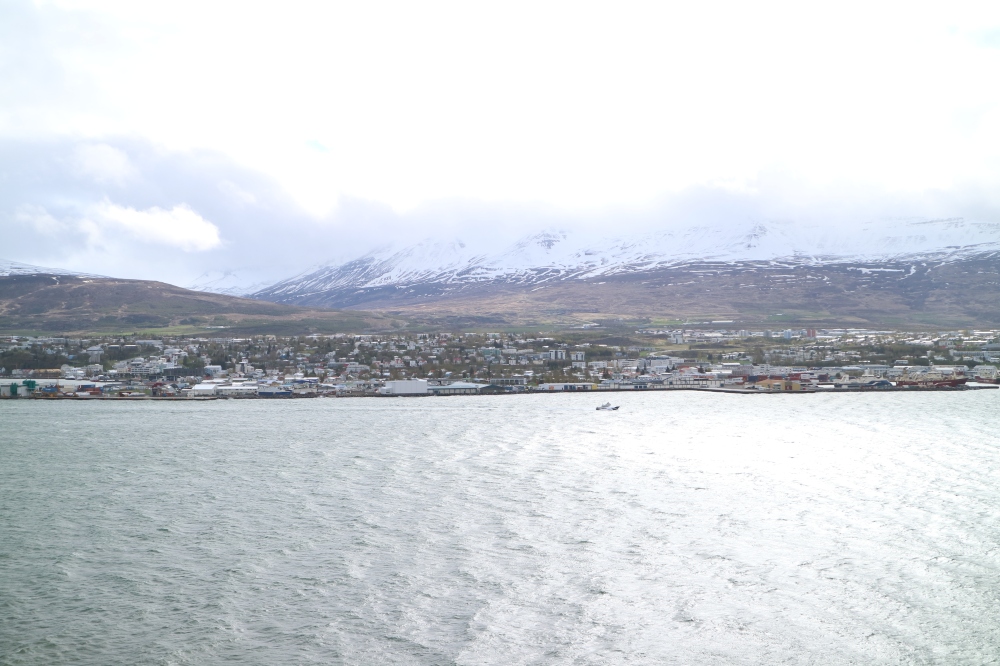 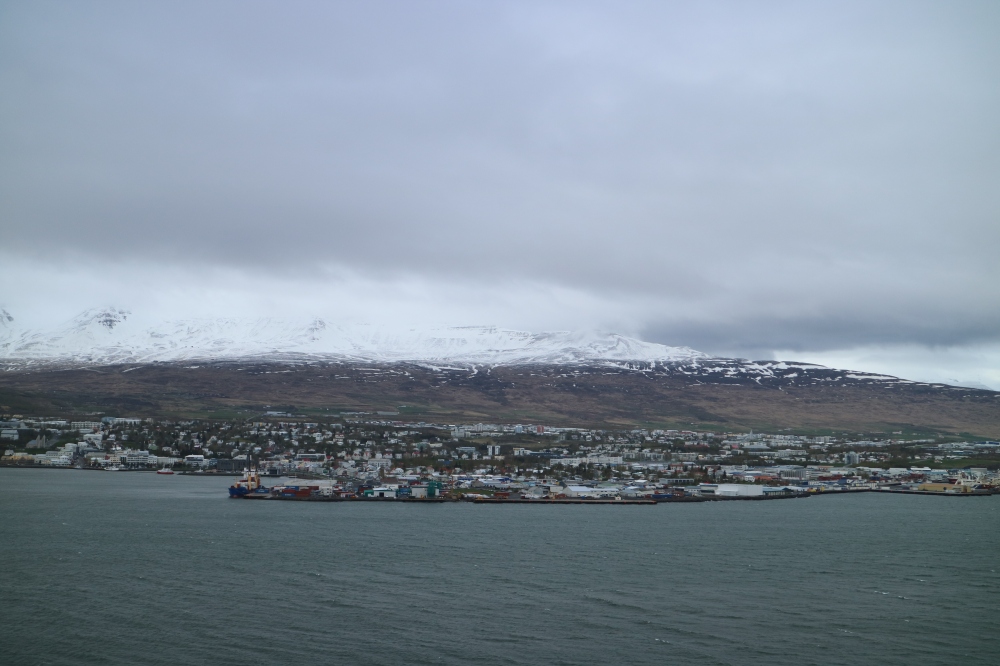 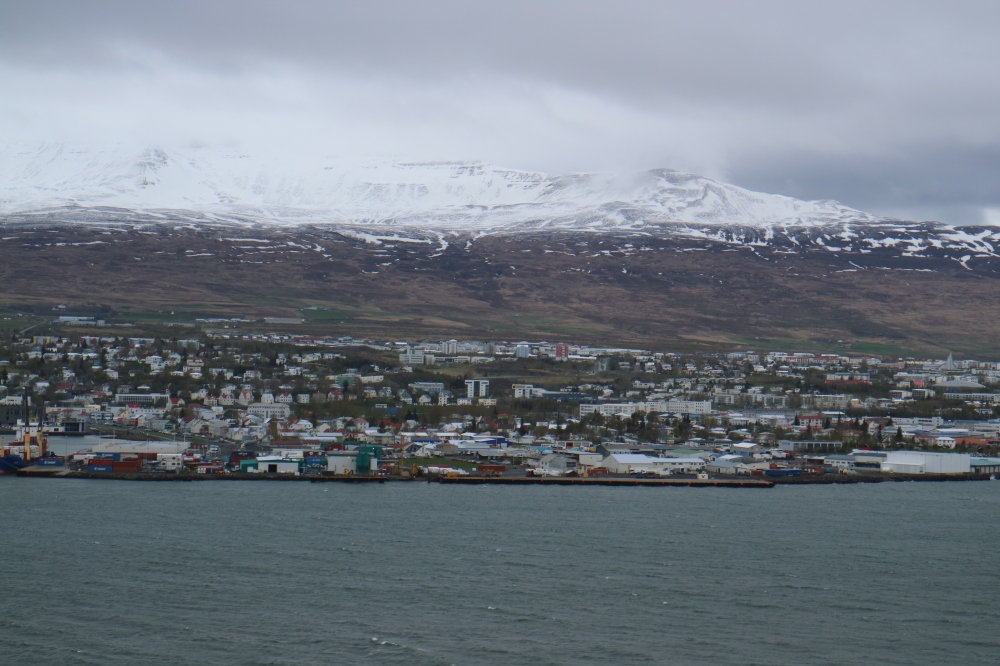 What is the coldest you’ve ever been? Feel free to leave a comment!

For more information on navigating Iceland’s Ring Road, here’s where it all started.